In our business, the Pantone color system is undeniably the industry standard in choosing colors for print. Artist and photographer Angelica Dass puts an ironic twist on the idea of choosing specific colors with a daunting endeavor: she wants to map out every human skin tone in existence utilizing Pantone hues. And the future looks colorful! 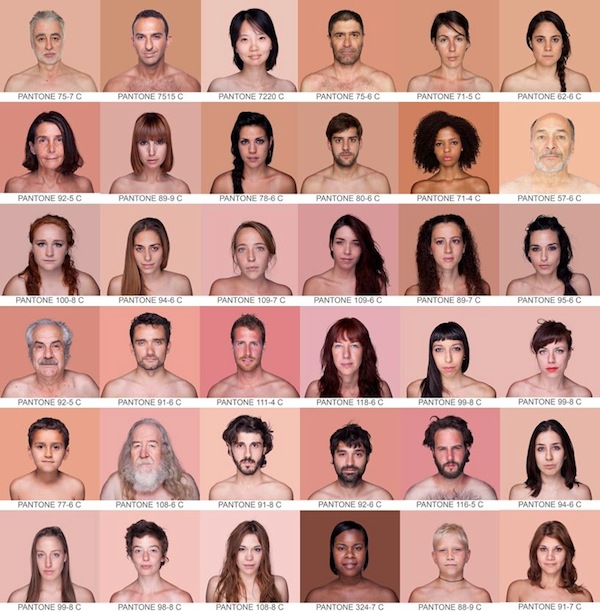 Dass built the first database of skin tones through her project, Humanae, started in 2012, by photographing some of her Brazilian family members. After photographing a model, Bass takes a small pixel from a well-lit area on the subject (usually around the cheek), matches it to a Pantone hue, and makes it the photo’s background. Every Humanae project photograph was done this way, and now she has around 2,000. Together, they make a beautiful mosaic of pink, ivory, brown, ebony, honey – the list is endless.

Dass’s own ethnicity, like many of our own, is a melting pot of color – she is the granddaughter of an African-American and native Brazilian, and the daughter of a “black” father, adopted by a “white” family. “Humanae is a pursuit for highlighting our true color, rather than the untrue red, yellow, black, and white,” says Dass.

While the individual portraits are monochromatic in tone, when viewed together, the beauty of the nuances is indescribable. Siblings could have opposite base tones of yellow and red, and a person catalogued as “white,” can actually be hot pink. 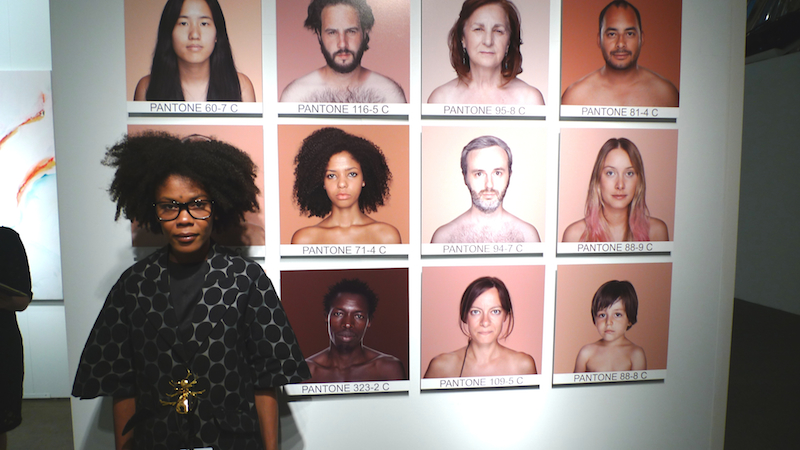