Historically, political campaign logos have been nothing particularly remarkable, consisting of a candidate’s name, the year and a couple of chosen (often patriotic) colors. But as our political climate and consumer market have evolved, we’ve seen an increased sophistication in matters of marketing. Beginning with Obama’s 2008 campaign logo, political candidate branding has started to take cues from corporate branding trends. And it’s no surprise: with contemporary society’s focus on consumerism and social media, we live in a time when political candidates are required to sell themselves in a manner akin to consumer goods if they want to make a lasting impact on our minds.

Some might argue that Obama’s 2008 presidential run marked the first time that a campaign logo had the same strong appeal for people as McDonald’s golden arches or the Nike swoosh. Suddenly there was a demand for a different kind of design in American political branding campaigns. Sol Sender, designer of Obama’s iconic logo states, “A political campaign is a brand. It behaves like a brand, so the logo needs to function as such. If you look at the Obama ‘O,’ it can stand alone. People didn’t have to write ‘Obama’ after the logo because the design told the story and campaign mission.” Hillary Clinton’s 2016 one-letter logo is also clever and highly recognizable, taking steps away from political branding’s past with a modern, changeable design unaccompanied by her full name or the campaign year. In addition, the flexible one letter “H” with the arrow keeps the logo social media friendly—an incredibly smart decision in a time when memes, graphic spoofs and social media marketing have gained so much popularity. 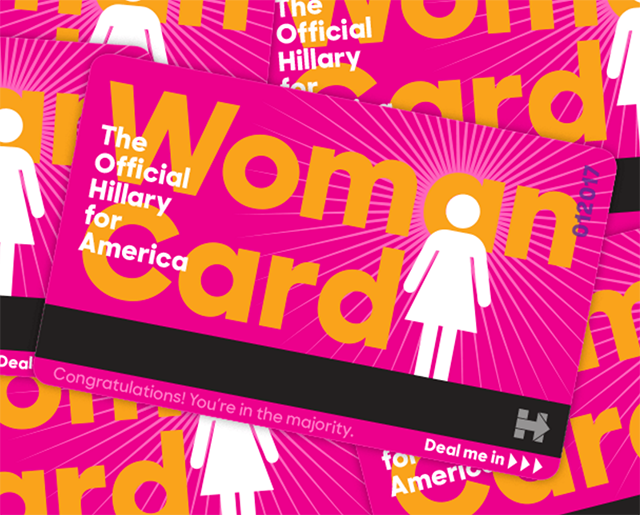 Though Hillary’s logo, as many political statements do, has gained its fair share of criticism for featuring red (the color of the republican party) and right-pointing (or suggestive right wing? arrows), from a branding perspective, it’s nonetheless a successful political candidate logo because it makes a memorable statement. We’ve seen such statements extend beyond logos in the political realm now, too. In response to Donald Trump’s comment that Hillary pulled the “woman card,” her marketing team cleverly responded by producing actual “woman cards,” their website description stating, “Tell Donald Trump you’re a card-carrying member of the majority. Made in America.” 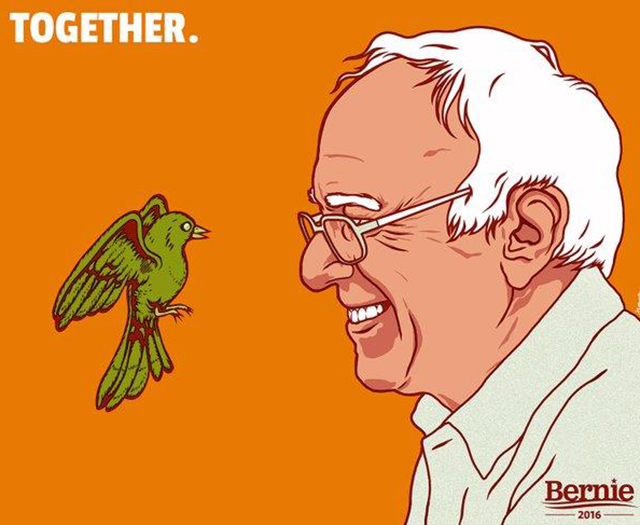 Similarly, when a bird landed on the podium at Bernie Sanders’ Portland rally, a trending #BirdieSanders hashtag took over the internet along with a slew of memes starring a bird that resembled Bernie in graphics—and the presidential candidate’s marketing campaign went with it. On the next day, Bernie Sanders’ campaign team responded by releasing a colorfully illustrated poster on Twitter as a tribute to the candidate’s unscheduled encounter with the bird. In the social sphere, political marketing teams have proven quick to act, and wittily.

We live in a time when social media trends and consumer demands have a powerful influence on marketing. Recent political campaigns have shown that politics is no exception: regardless of political stance and party affiliation, the expectations for political branding and logos have evolved, now much more closely reflecting current consumer marketing.

Photos via Snopes and Know Your Meme.