There’s a New Treat in Town

At least in Los Angeles, it seems that yogurt shops are popping up left and right. When Pink Berry came out, it not only had a good product but a fresh and distinct brand of bright, refreshing colors, a friendly logo, and super-modern interiors. Soon smaller imitation shops began popping up that not only made imitation product, but copied the branding almost exactly. It’s no surprise that many were hit with lawsuits for violating Pink Berry’s copyright.
Frozen yogurt was popular in the 80’s and early 90’s, but why the reemergence? I can’t help to think that branding may have something to do with it. Typically, I don’t see many “ma and pop” shops with strong, professional branding – it tends to be more organic and homemade looking, and maybe appropriately so. But with all these branded shops popping up, it seems that owners are finally taking note of the brand as a part of the big picture they need to pay attention to – whether consciously or unconsciously.

So now that the yogurt phenomenon seems to have moved from trend to staple, there is a new treat in town. Cupcakes became popular recently when Hollywood stars were photographed coming out of trendy shops such as Sprinkles Cupcakes in Beverly Hills. Like Pink Berry, Sprinkles has also paid close attention to their brand, packaging, and interiors – and lesser-known brands are following suit. Cupcakes brands tend to be cute, fun and playful, with casual script fonts, bright colors, and even actual sprinkles (no surprises here!) as part of their identities – overall very fresh and modern in feel like their yogurt counterparts. There are definite parallels between lesser-known shops such as Dots in Pasadena and the more well-known Sprinkles brand – and this identity trend seems to even transcend our borders. Lola’s Cupcakes is a UK brand with a fresh and modern brand, with the sprinkles cleverly creating the name in the wordmark.

So I wonder which treat will get its makeover next? I’m rooting for the funnel cake… 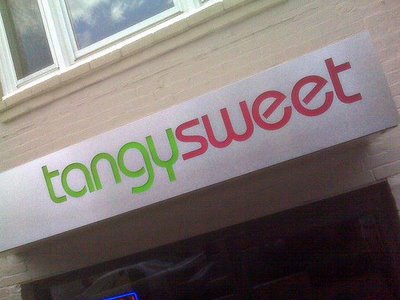 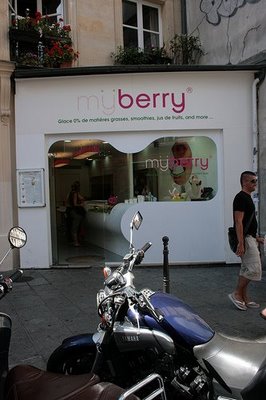 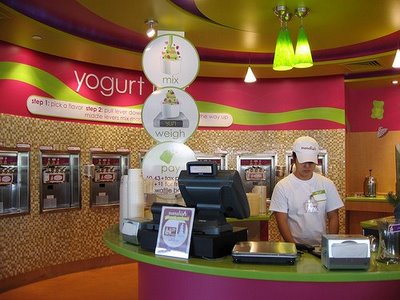 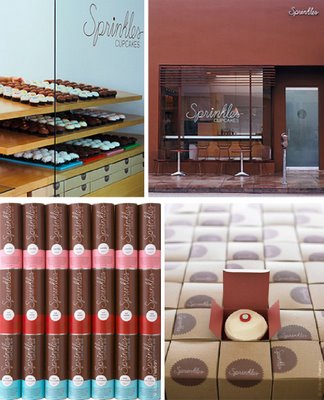 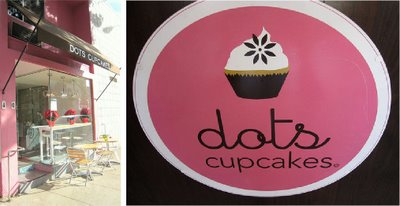 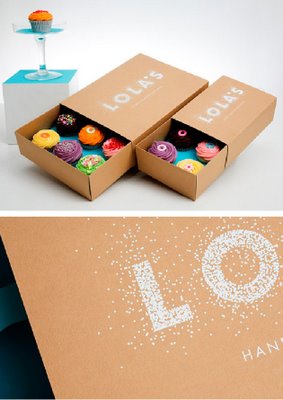