After 17 years, eBay is finally getting its first facelift. Since its inception as an auction-only site, it has become a much more versatile shopping hub with fixed price sales now accounting for 65% of sales.

The new mark is definitely an evolution as opposed to a revolution – the bright primary colors of the letterforms remain in tact, with a newer more modern wordmark replacing the somewhat dated letterforms of the original. The overlapping color technique has also been dropped, which does clean up the look quite a bit but also loses some personality. Overall, the update is modest but tasteful.

A new website is reportedly to come in mid October – announcement page for the new identity can be viewed here. 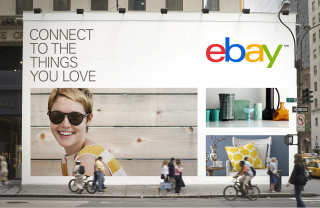