With this weekend’s premiere of “Mad Men,” both the fashion and advertising worlds are abuzz with excitement. The show, in addition to it’s authentic portrayal of a 60’s-era Madison Avenue advertising agency, has become well-known in the fashion world for the immaculate style of the characters – think snazzy suits and pencil skirts.

To capitalize on the buzz, Banana Republic has teamed up with AMC to promote the launch of the 3rd Season. The promotion has been going on for several weeks now and includes prominent themed window displays and a “Mad Men” style guide. Customers can also enter a casting call for a walk-on role in an upcoming episode and win a $1,000 gift card. 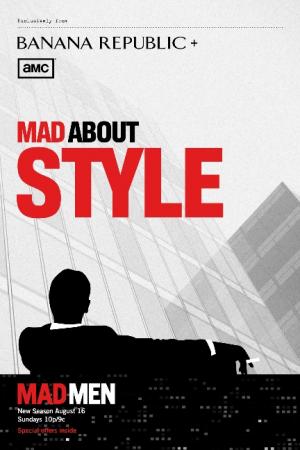 Clever partnerships involve a strong conceptual connection and a natural similarity between the two brands involved in order to feel effortless. Although there are many brands that sell office clothing, this particular promotion could not have worked with just any fashion brand. Banana Republic has come a long way from its utilitarian, safari-themed roots to its current position as a staple in premium contemporary office ware. The brand now appeals to a higher-income, white-collar professional – much like the modern version of the show’s characters. In addition to the similarities in the audience, the aesthetics are also a match. BR clothing is known for taking a modern twist on classics, a perfect tie-in with “Mad Men” fashion.

From both a strategic and aesthetic point of view, the alignment of AMC and Banana Republic seems to be very well thought-out and mutually beneficial. Now on with the show! 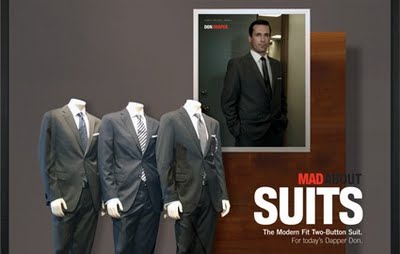 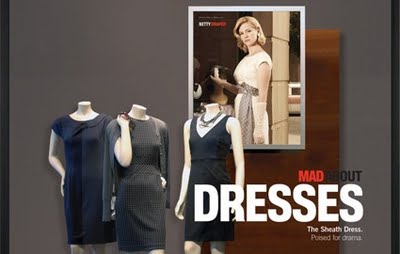